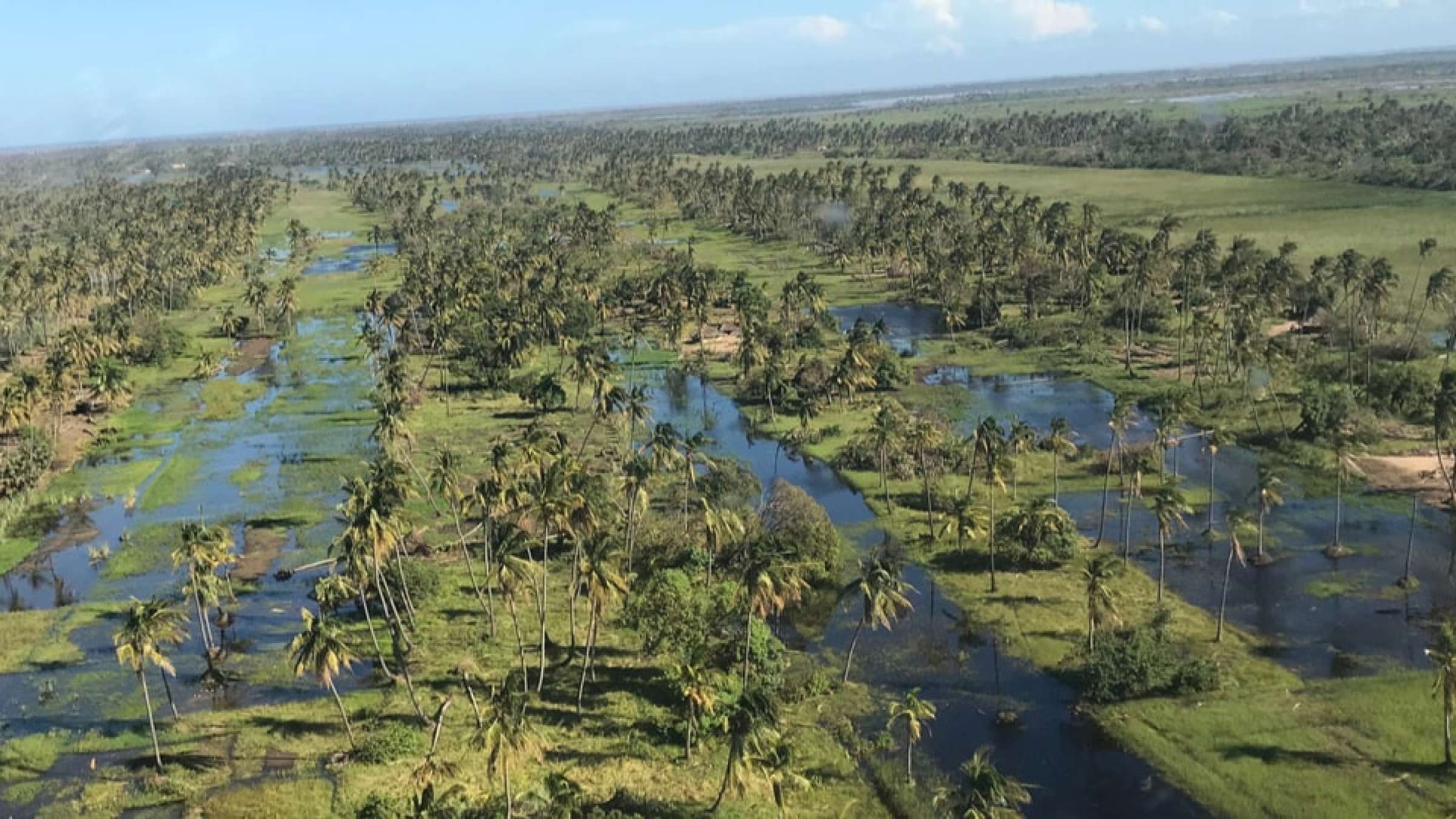 Recovery needs in the wake of the damage caused by consecutive cyclones continue to be significant. Post-disaster needs assessments following Cyclones Idai and Kenneth and the ensuing floods estimate total recovery needs for Mozambique, Zimbabwe, and Malawi at $3.2 billion USD, $767 million USD and $370.5 million USD, respectively. The government of Mozambique stood up a new agency, Gabinete de Reconstrução Pós-Idai and Kenneth (GREPOC), to oversee recovery efforts.

In Mozambique alone, more than 240,000 homes were partially or completely destroyed. Early in the recovery phase, GREPOC completed research to build back stronger, cyclone-resistant homes to guide reconstruction efforts, but for many, access, affordability and know-how remain a challenge for resilient reconstruction. For others, the governments are exploring resettlement to locations safe from landslides and flooding, but these efforts can be complicated by resettlement areas requiring infrastructure, and lacking connectivity with a community’s livelihoods, families, culture and other needs. Damage caused by the cyclones and floods to the agriculture sector exacerbated food insecurity in the immediate term, and presented significant recovery needs for restoring livelihoods. The cyclones and floods caused significant damage to core infrastructure. In Mozambique the PDNA estimates that nearly 30 percent of the national road network was damaged and 20 bridges were damaged or destroyed. Electricity, water, hospitals, schools and telecommunications core infrastructure also suffered significant damage.

Impact of Cyclone Idai on the poorest in Malawi

In this brief, we examine the impact of the floods on some of the poorest people living in Mangochi and Nsanje; the extent of the damage caused to their households; and the warnings and type of assistance received. We also investigate differences in the impact of the floods on households enrolled on Concern’s Graduation programme.
Concern Worldwide

When the unprecedented becomes precedented: Learning from Cyclones Idai and Kenneth

The study focuses on why Cyclones Idai and Kenneth resulted in disasters in Malawi, Mozambique, and Zimbabwe, taking into account the specific country contexts. This report provides a review of the systems and actions that helped to reduce damages, while also delving into the factors that constrained people and systems’ resilience
International Federation of Red Cross and Red Crescent Societies Practical Action Institute for Social and Environmental Transition - International Switzerland - government Z Zurich Foundation 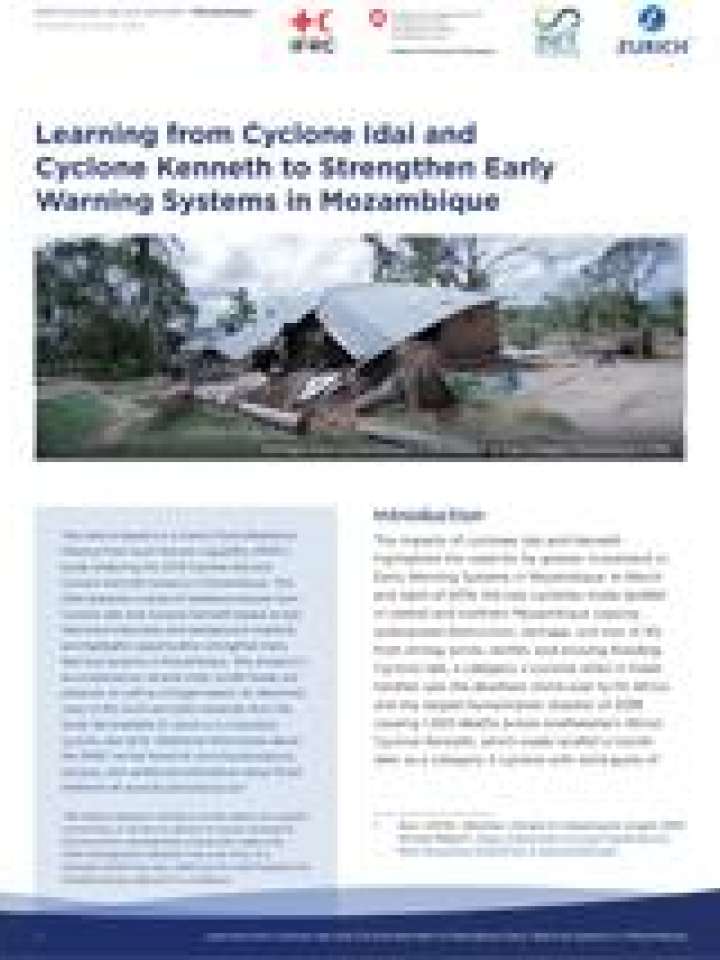 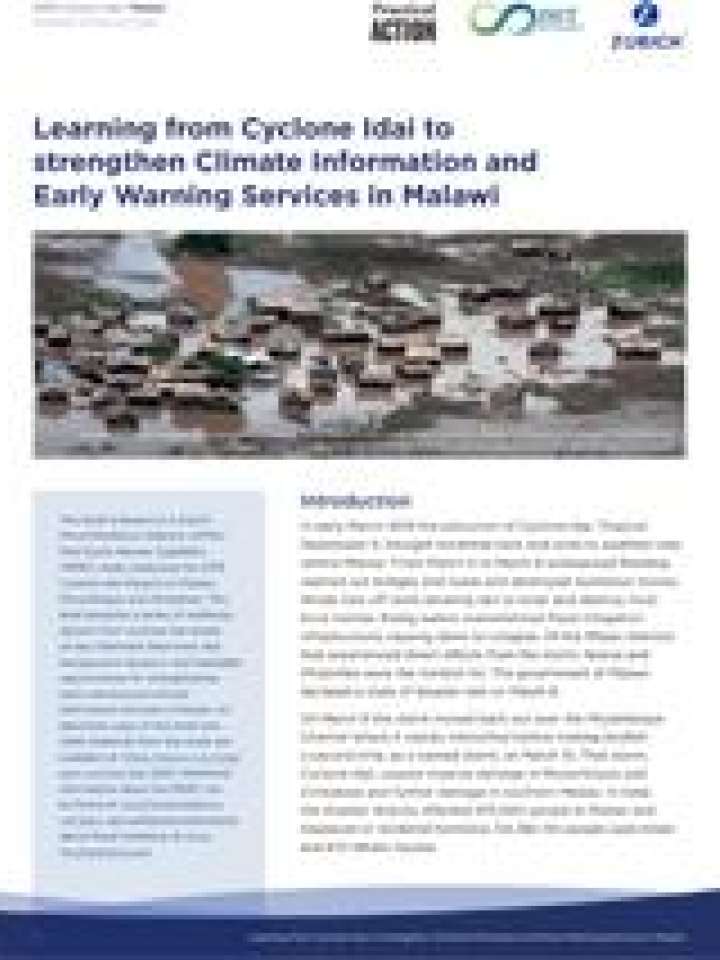 This brief presents a series of resilience lessons from Cyclone Idai based on key informant interviews and background research, and highlights opportunities for strengthening early warning and climate information services in Malawi.
Zurich Flood Resilience Alliance 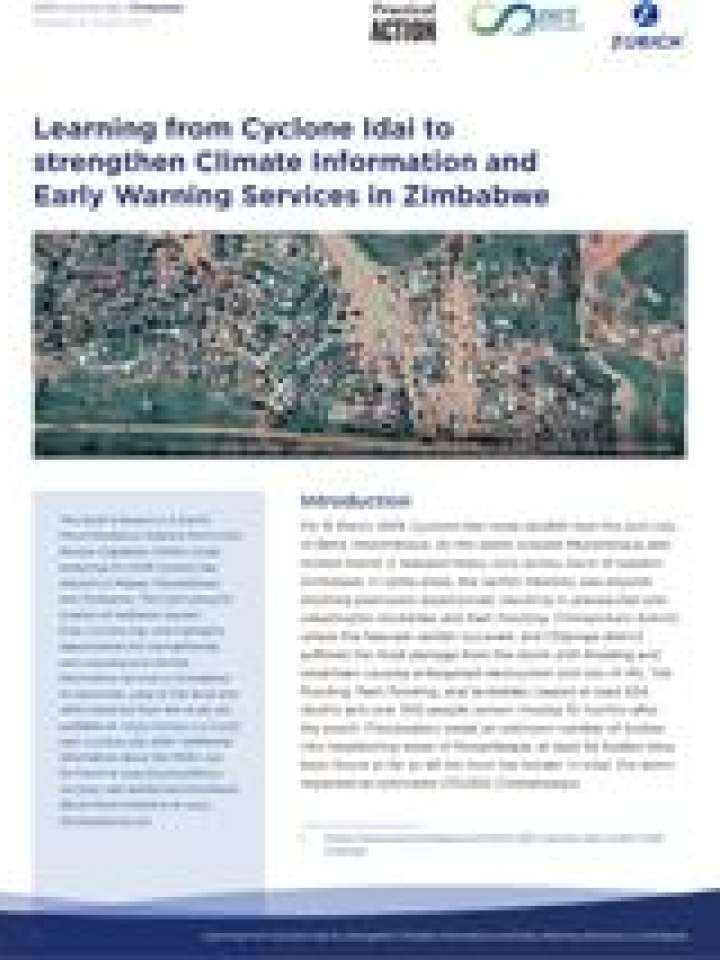 This policy brief provides an analysis of the impacts and review of the disaster response to draw lessons and policy implications for post-disaster institutional development.
Oxfam - Great Britain 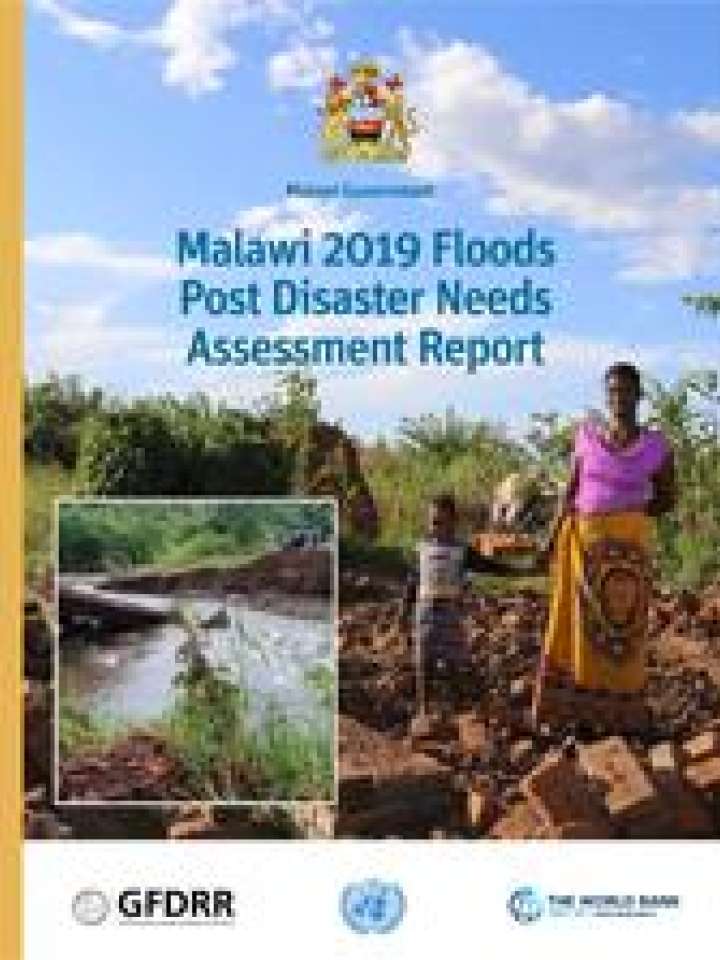 The objective of the PDNA was to quantify the damage and loss resulting from the effects of heavy rains, floods and strong winds associated with Tropical Cyclone Idai, and to estimate the recovery and reconstruction needs.
World Bank, the United Nations - Headquarters Global Facility for Disaster Reduction and Recovery, the Malawi - government 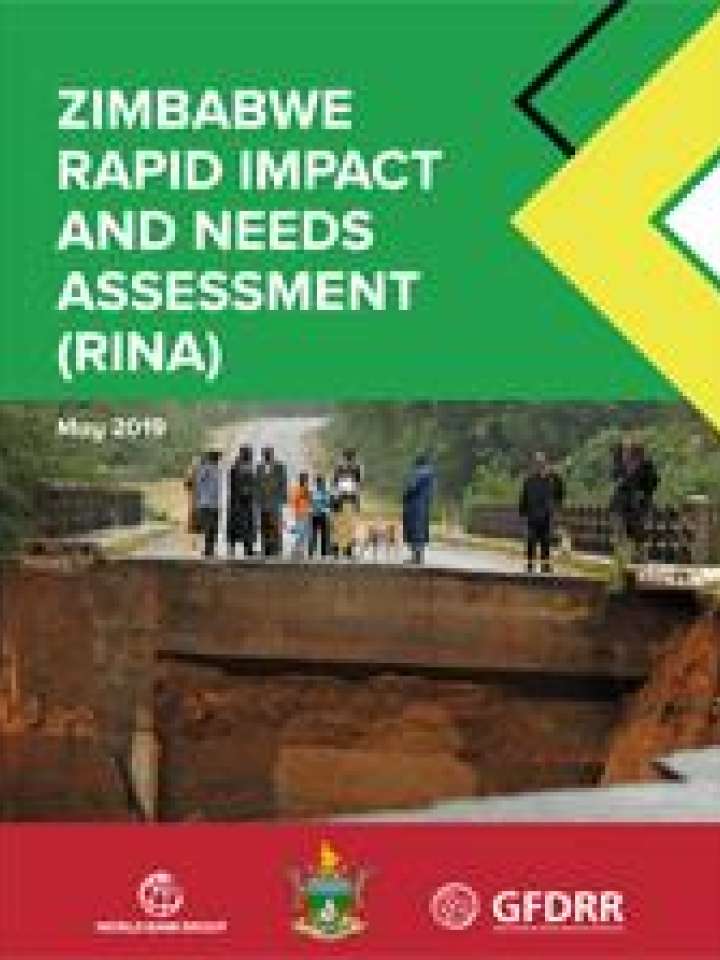