Local Resilience to climate change and COVID-19: No one left behind in urban resilience building

Global compendium of practices on local economic and financial recovery: Building urban economic resilience during and after COVID-19

The project focuses on strengthening the capacities of local governments globally—starting with 16 partner cities— to design, implement, and monitor sustainable, resilient, and inclusive COVID-19 economic responses, recovery, and rebuilding plans. It aims This document is aimed at decision makers to increase the level of knowledge about technical assistance and operationalise its implementation, ensuring the reconstruction of housing in disaster-affected communities results in sustainably safer housing.
United Nations Human Settlements Programme - Headquarters AXA Group 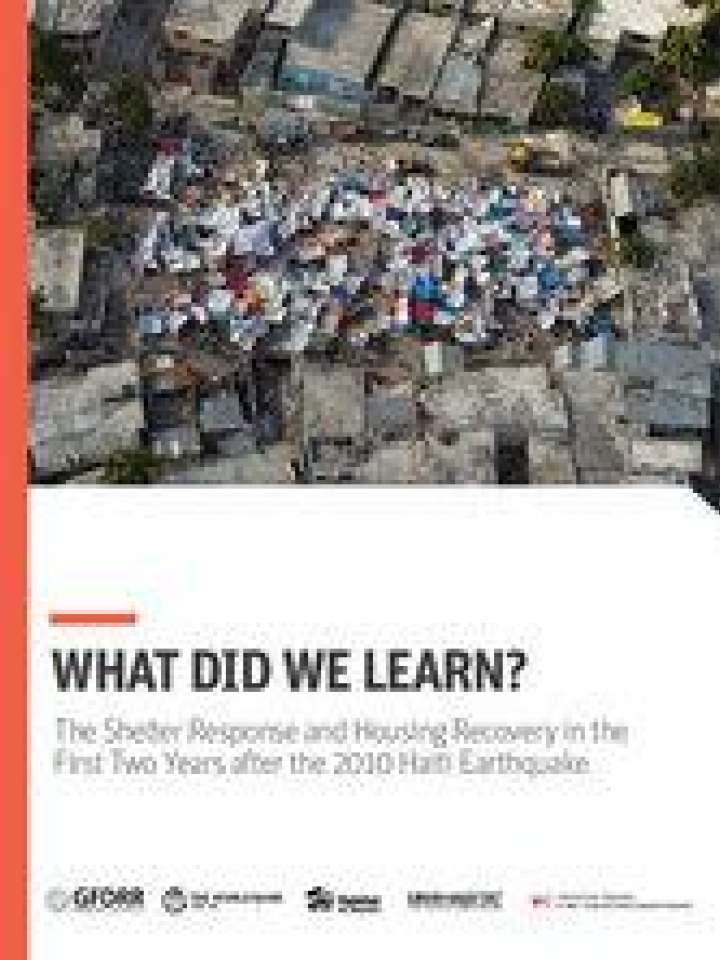 What did we learn? The shelter response and housing recovery in the first two years after the 2010 Haiti earthquake

This report is a synthesis of the experiences, observations, and recommendations of a large group of experienced post-disaster shelter and recovery experts gathered from interviews, surveys, and direct discussions, and information derived from a desk 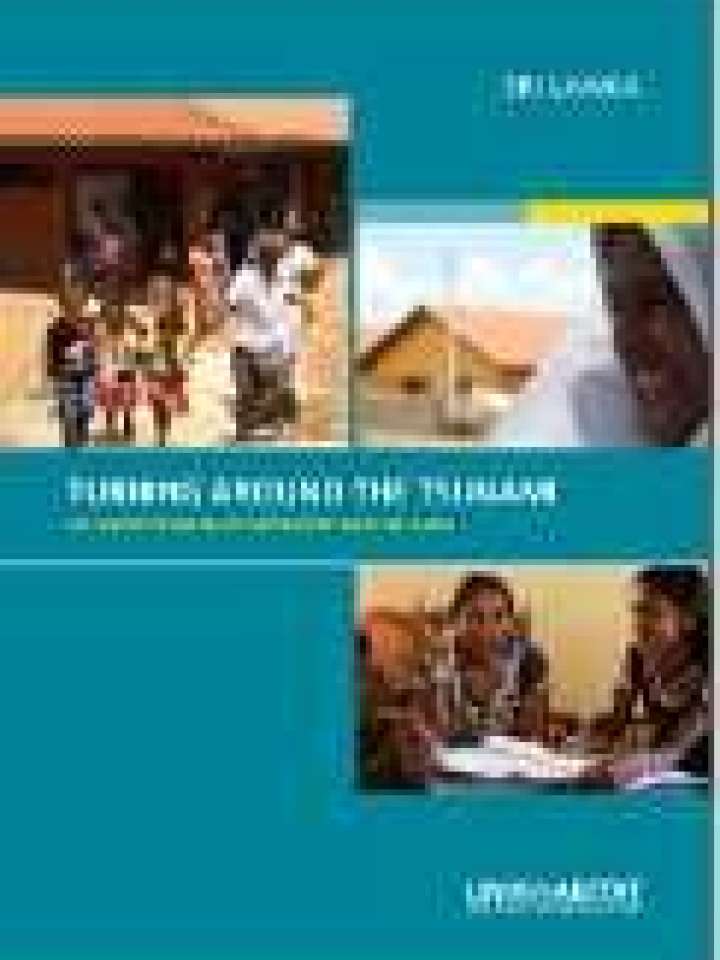 Turning around the tsunami This training manual is intended to assist those working on emergency response and disaster risk management. It aims to provide an overview of the major land issues that may arise following a natural hazard, which need to be considered and included in the

• Increasing investment in disaster risk reduction – integrating priorities from visible and short-term development projects with long term potential threats and risks;
• Addressing the root causes of disasters. Inadequate development practice increases the vulnerability of residents of communities, towns and cities; therefore, pre-disaster risk reduction needs to be integrated in all development planning;
• Making cities safer places to live by incorporating vulnerability reduction and disaster management into on-going national and local development and poverty reduction plans;
• Building a culture of prevention through a cross sectoral, multi-dimensional approach, integrating participatory analysis of risk, implementation of DRR programmes, and development of policy and legal frameworks with all stakeholders, including civil society, private sector, local, national and international government, in a gendered and comprehensive process.

The City Resilience Profiling Programme (CRPP) was launched in the Rio+20 Conference. UN-HABITAT has launched a call for expression of interest from cities to serve as pilot cities, where city resilience profiling will be tested and various tools to build resilience will be introduced.

(IASC) Transformative Agenda, UN-HABITAT has made progress with the intention to improve emergency preparedness and response in:
1) increasing institutional profile for UN-HABITAT’s role in crisis response and city resilience; 2) developing operational programmes on DRR and emergency response and reconstruction; 3) improving urban emergency response through its urban advisory services; 4) training of its field and headquarter staff for emergency response; 5) establishing and utilizing its internal emergency response fund; and 6) new projects in Sri Lanka, Madagascar and Haiti in 2011, with vulnerability reduction measures for future disasters.

During the 2010 and 2011 Pakistan floods response, UN-HABITAT provided technical assistance by developing guidelines and standards for flood resistant housing for the shelter cluster and the Government.

In 2012, a new programme in Pakistan was launched in collaboration with the NDMA. The programme aims to establish sustainable, disaster resilient and safer cities and settlements in the disaster prone regions of the country.

In Myanmar, UN-HABITAT has been implementing a programme supported by Norway on strengthening the resilience of coastal communities and settlements at risk from climate change and disasters.

In Rwanda, UN-HABITAT supported seven district authorities to analyse their resilience to natural hazards using LGSAT, and in Pakistan, UN-Habitat facilitated 31 cities to register in the UNDRR Making Cities Resilient Campaign, implement the LGSAT, and mobilized resources to assist reconstruction from flood impacts during 2012.

Beginning in 2010, and continuing through 2012 UN-HABITAT, together with UNDRR, developed a DRR training programme for Latin American local authorities. “Reducción de riesgos de desastres y promoción del desarrollo sostenible en los gobiernos locales” (Disaster Risk Reduction and the Promotion of Sustainable Development in Local Government) has been applied in five municipalities in Chile, and is being adapted for use elsewhere in Latin America, and in Southern Africa.

In November 2012, UN-HABITAT participated in the strategic planning for the post-2015 revisions to the HFA which will include a strong role for cities in contributing to national disaster management planning.

UN-HABITAT provided support to Mozambique on the preparation of a flood response plan.

Commitments
The organization has no registered commitments.

The Sendai Framework Voluntary Commitments (SFVC) online platform allows stakeholders to inform the public about their work on DRR. The SFVC online platform is a useful toolto know who is doing what and where for the implementation of the Sendai Framework, which could foster potential collaboration among stakeholders. All stakeholders (private sector, civil society organizations, academia, media, local governments, etc.) working on DRR can submit their commitments and report on their progress and deliverables.