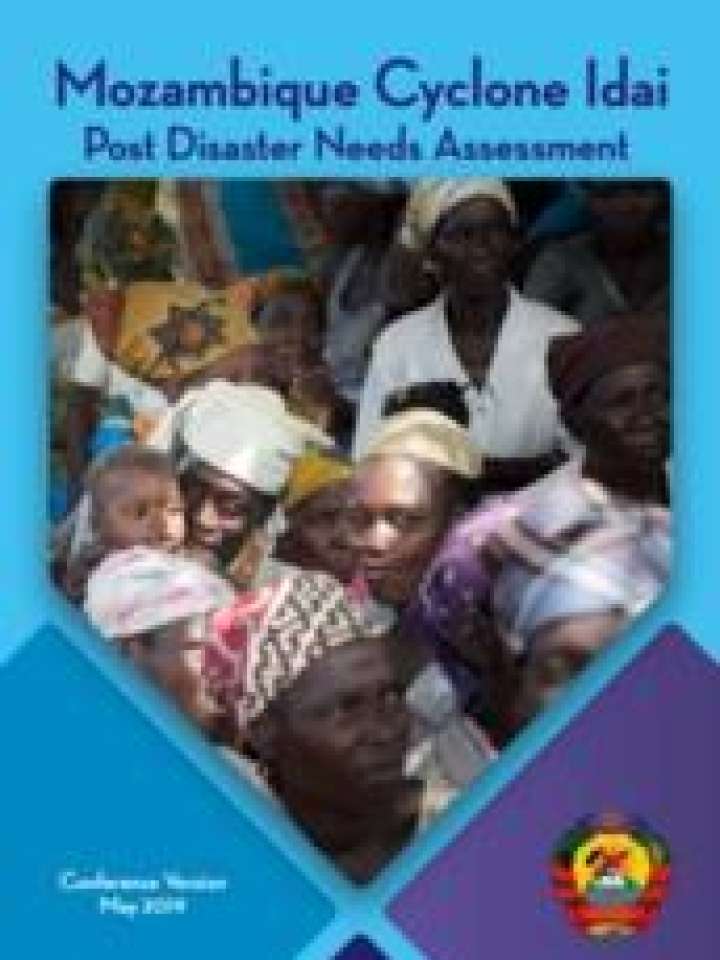 Tropical Cyclone Idai made landfall on the night of 14 to 15 March near Beira City, Sofala Province, in central Mozambique. The cyclone brought strong winds (180 – 220 km per hour) and heavy rain (more than 200 mm in 24 hours) across the provinces of Sofala, Manica, Zambezia, Tete and Inhambane, causing rivers to overflow with flood waters reportedly rising above 10 meters. Idai also brought a large storm surge in the coastal city of Beira and surrounding areas of Sofala province. On 25 April, Mozambique experienced a second tropical cyclone, Kenneth, which made landfall in between the districts of Macomia and Mocimboa da Praia in Cabo Delgado province.

This assessment estimates that Cyclone Idai caused about USD 1.4 billion in total damage, and USD 1.39 billion in losses. The total cost of recovery and reconstruction is estimated at USD 2.9 billion for the 4 provinces of Sofala, Manica, Tete and Zambezia. The additional needs in Inhambane and in Cabo Delgado and Nampula, which were both affected by Cyclone Kenneth, raise the total recovery needs to USD 3.2 billion.

This report summarizes the identified damage, loss and recovery needs across 16 socio-economic sectors in the affected provinces and discusses a recovery strategy that will be further developed by the Cabinet for the Reconstruction of Post-Cyclone Idai, already established by the Government of Mozambique.