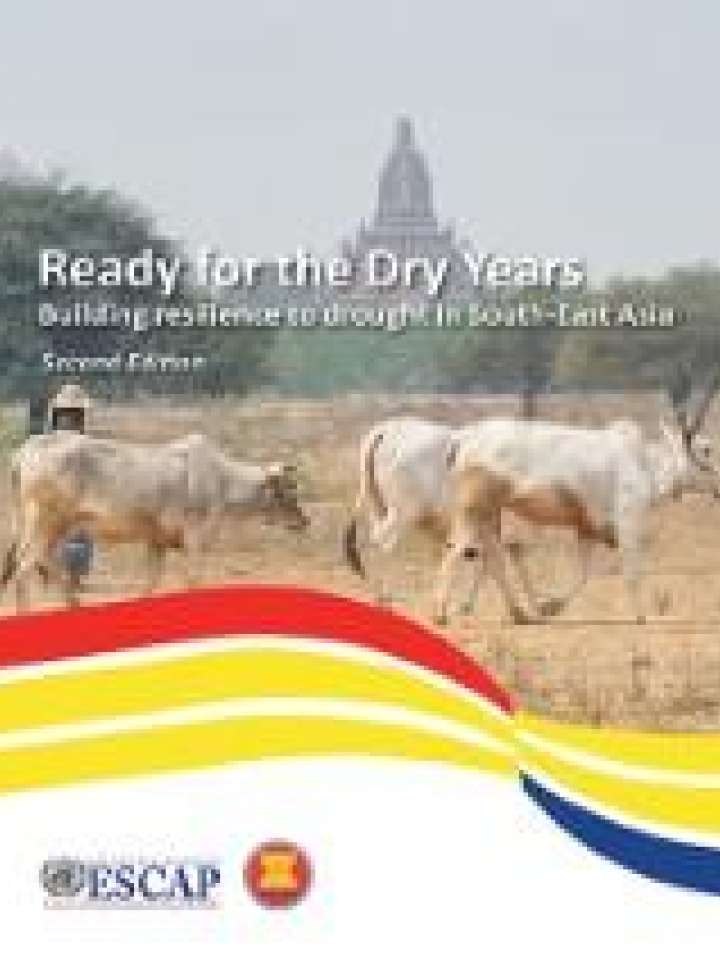 This second edition of Ready for the Dry Years reveals that the severity of two drought events during 2015-2016 and 2018-2020 exceeds anything recorded in the past two decades, since the major El Niño of 1997-1998. Evidence presented in the Report shows that this could be set to continue as the climate warms. The report expands the geographical coverage of the first edition and combines rainfall data with other socio-economic indicators to reveal the hotspots where the populations are most vulnerable to drought. It takes a holistic approach to understanding drought impacts by adopting a standard definition of drought across the region and by examining the issue from socioeconomic, health, environmental, and humanitarian perspectives.

The report builds a case for ushering in a paradigm shift towards more proactive drought management across South-East Asia while leveraging the innovative measures underway within Member States. Accordingly, it advocates for policies along three policy tracks: reduce and prevent; prepare and respond; and restore and recover. Many institutions in South-East Asia have extensive expertise in the relevant scientific disciplines which countries can capitalize on through greater regional cooperation. The Report proposes three further priority actions for reinforcing this cooperation in a regional drought agenda for adapting to risk in a changing climate. The findings of the Report will provide important evidence to support each priority action.