Typhoon Haiyan, locally known as Super Typhoon Yolanda, was one of the most powerful tropical cyclones on record and made landfall at the Eastern part of the Philippines on 17 November 2013. The most affected islands were Leyte and Samar. The typhoon killed over 6,000 people and affected in around 590 municipalities approximately 16 million people, including 4 million who were displaced. The typhoon also caused widespread damage to housing, livelihoods and infrastructure across nine of the poorest provinces of the country. Almost 1.1 million houses were damaged or destroyed.

The National Disaster Risk Reduction and Management Council (NDRRMC) of the Government of Philippines evacuated over 125,00 people to over 109 evacuation centres before the arrival of typhoon. Initially, the Government developed a document “Reconstruction Assistance on Yolanda”, in which the overall damages and losses from the typhoon were estimated at US$12.9 billion and the needs for recovery and reconstruction were estimated at US$8.2 billion. Subsequently, the Government developed a “Comprehensive Rehabilitation and Recovery Plan”, for the implementation of which the following five clusters were established: Food and water distribution, peace and order, shelter and reconstruction, social services as well as livelihood, employment and commerce. 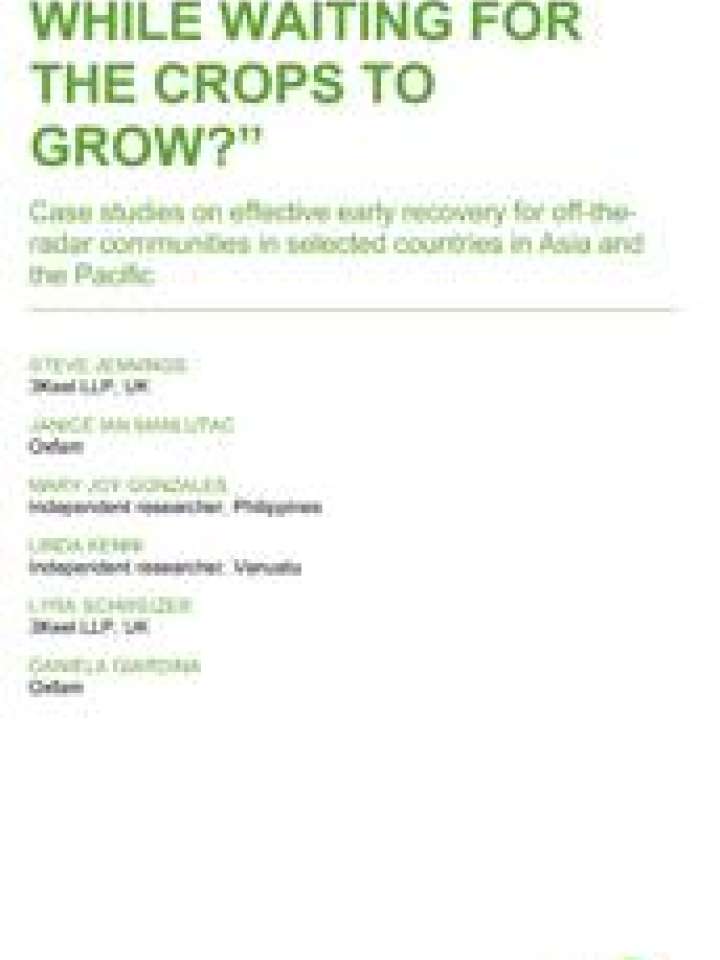 “What will we eat while waiting for the crops to grow?”

In this report five disaster risk reduction and early recovery interventions from the Philippines, Vanuatu, and Vietnam were assessed to identify which elements are likely to facilitate recovery from disasters. The research investigated “off-the-radar communities” which in this research are broadly defined as communities that are geographically or politically far from the centers of political power.
Oxfam International Secretariat 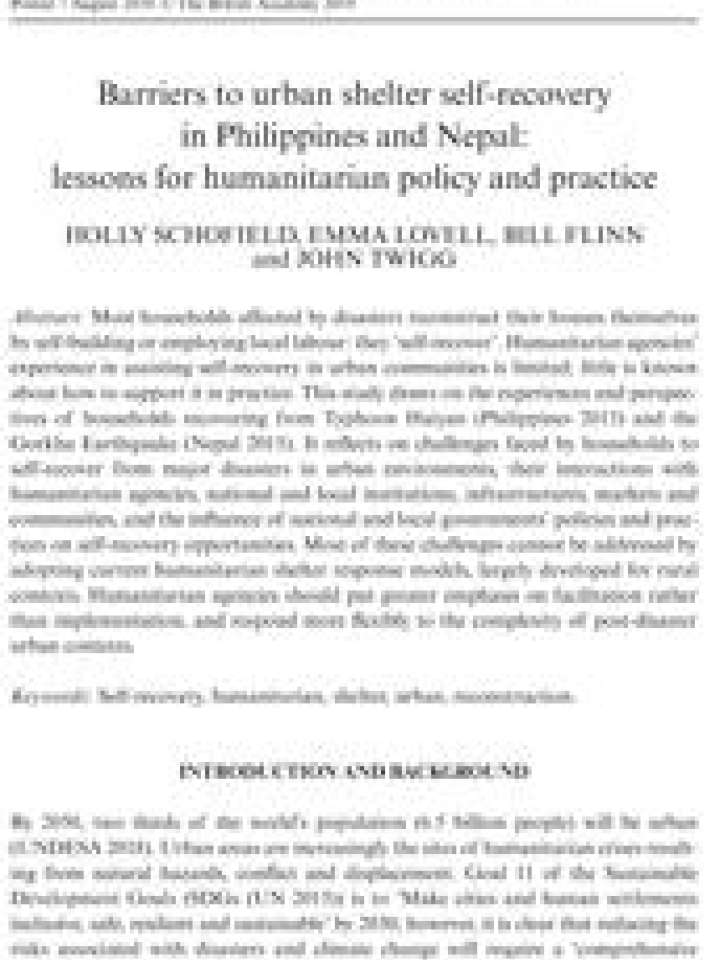 Barriers to urban shelter self-recovery in Philippines and Nepal: Lessons for humanitarian policy and practice

This study draws on the experiences and perspectives of households recovering from Typhoon Haiyan (Philippines 2013) and the Gorkha Earthquake (Nepal 2015). It reflects on challenges faced by households to self-recover from major disasters in urban environments, their interactions with humanitarian agencies, national and local institutions, infrastructures, markets and communities, and the influence of national and local governments’ policies and practices on self-recovery opportunities.
Overseas Development Institute British Academy, the 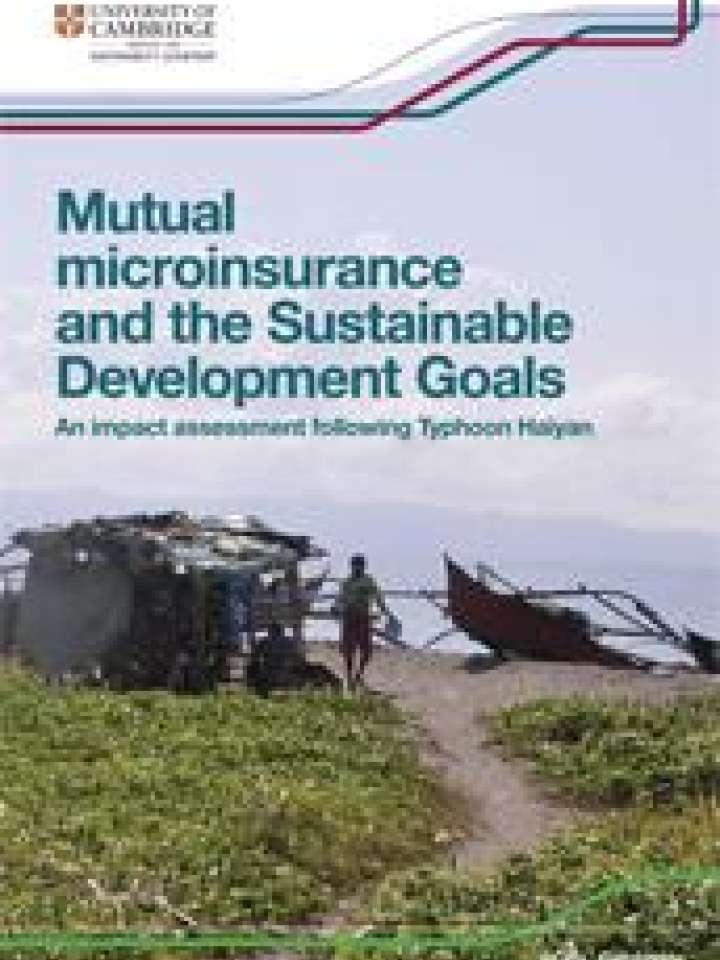 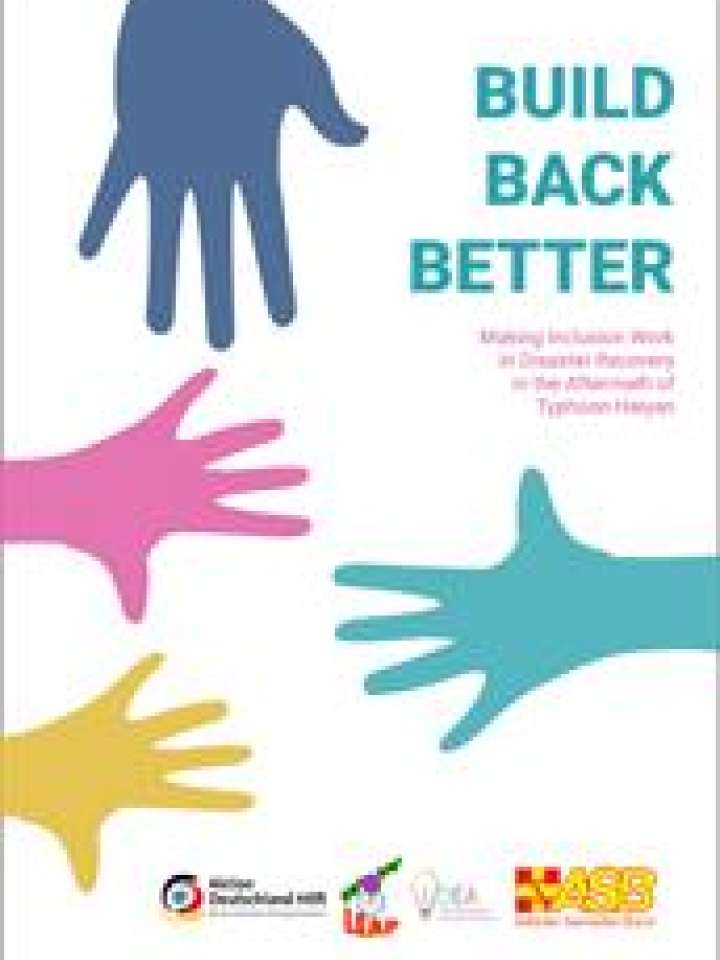 Build back better: Making inclusion work in disaster recovery in the aftermath of Typhoon Haiyan

This study aims to document evidence on the need to advance gender- and disability-inclusion in disaster recovery and also to use such evidence in mapping out pathways and entry points to make inclusion work in post-disaster contexts. Moreover, it aims to highlight the particular circumstances of women with disabilities, a “sector within a sector” that largely remains invisible in disaster risk management and development programming.
Arbeiter-Samariter-Bund Deutschland e.V. Aktion Deutschland Hilft

This document is aimed to consolidate knowledge related to risk monitoring and disaster management within the ASEAN region, and seeks to provide a space for the sharing of best practices and latest research and analysis.
Asean Coordinating Center for Humanitarian Assistance on Disaster Management 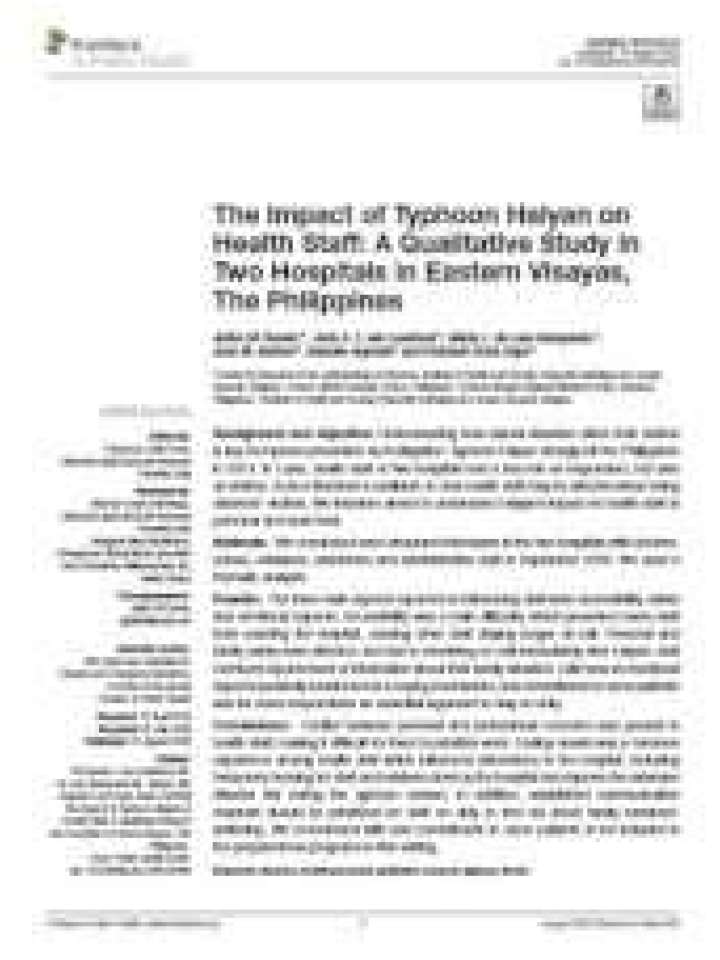 The impact of Typhoon Haiyan on health staff: a qualitative study in two hospitals in eastern Visayas, the Philippines

This study aimed to understand the impact of Typhoon Haiyan on health staff at a personal and work level when the storm hit the Philippines in 2013. The three main aspects reported as influencing staff were accessibility, safety and emotional aspects.
Frontiers in Public Health
Updates

A religious leader in the Philippines has said that during the post-Typhoon Yolanda recovery, more than 30,000 families have benefited from the Catholic Church's PHP 3.2 billion rehabilitation and reconstruction program. The program is one success amid several innovative accomplishments that have helped the Church implement its recovery projects.
Philippines News Agency

A typology framework for trade-offs in development and disaster risk reduction: a case study of Typhoon Haiyan recovery in Tacloban, Philippines

This paper presents, explores, and tests a conceptual framework for analysing the trade-offs that underpin this relationship as evidenced through policy goals, initiatives, and decision-making processes.
Multidisciplinary Digital Publishing Institute 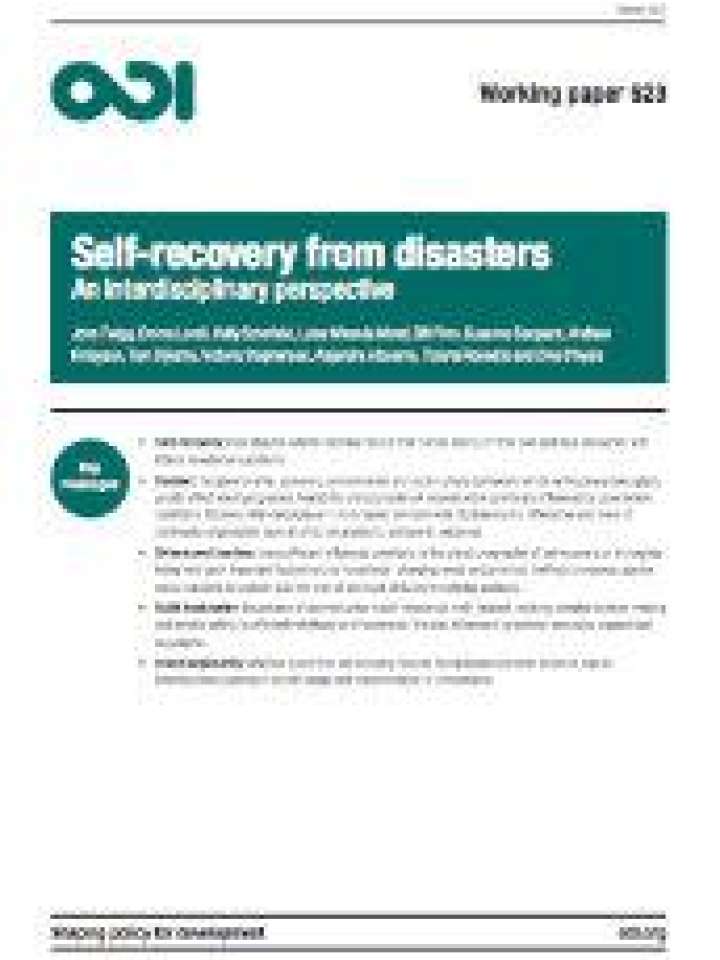 Self-recovery from disasters: an interdisciplinary perspective

This working paper presents the findings from a pilot research project that investigated how disaster-affected households in low- and middle-income countries rebuild their homes in situations where little or no support is available from humanitarian agencies. The project was an interdisciplinary collaboration involving social scientists, geoscientists, structural engineers and humanitarian practitioners.
Overseas Development Institute

Philippines: Lessons Learned from Typhoon Yolanda An Assessment of the Post-Yolanda Short and Medium-Term Recovery and Rehabilitation Interventions of the Government

This document is an assessment of specific aspects of the Philippines' short and medium-term recovery from the Typhoon Yolanda.
World Bank, the